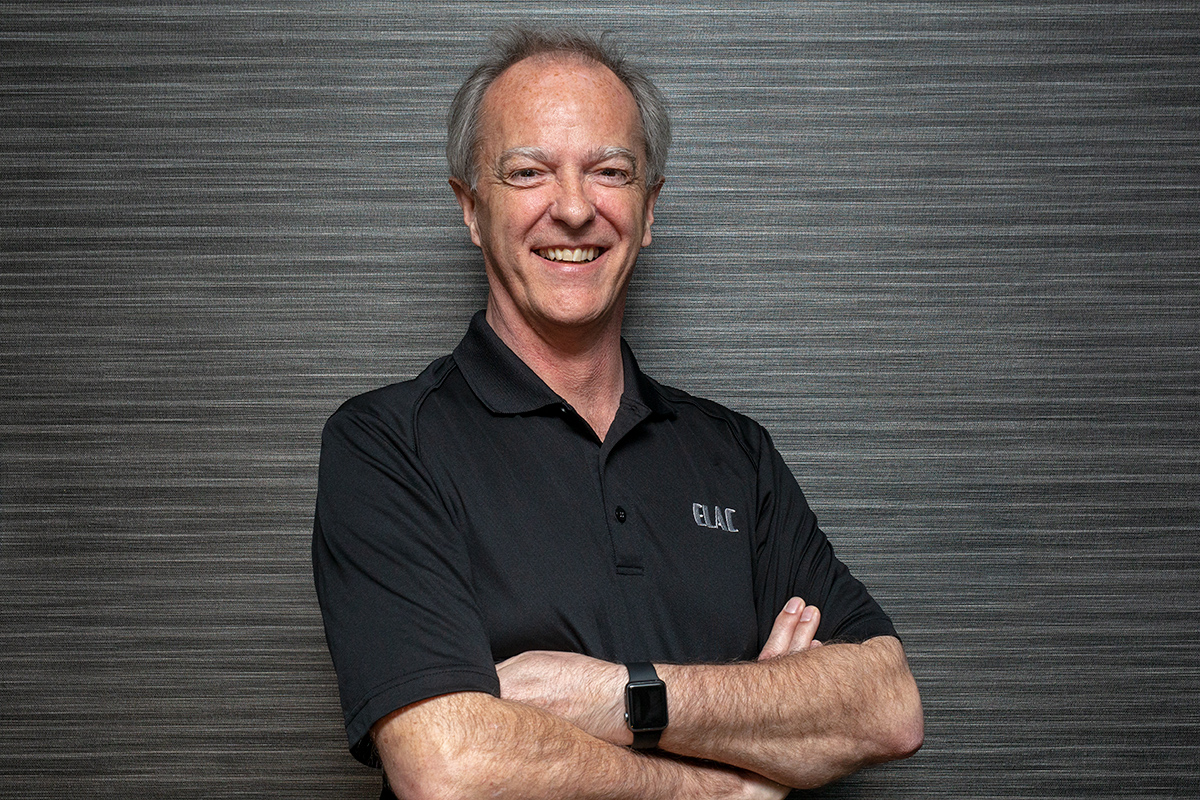 Two years ago next month, in a feature for sister site SoundStage! Hi-Fi, Doug Schneider posed a question: “Is it time for active speakers?” As Doug noted, audiophiles have traditionally been cool toward active designs, despite their many advantages. This is partly because active speakers take some of the fun out of hobbyist audio. Audiophiles want to choose their own amps and cables, rather than have someone else make those choices for them.

Doug thought this resistance might be breaking down. People were becoming accustomed to speakers with built-in amplifiers. More people were looking for high-quality sound, but without the clutter associated with traditional hi-fi. These changes, coupled with continuing technological improvements, made Doug hopeful that the time for active speakers had finally arrived.

That time has certainly arrived for me. I couldn’t have hi-fi in my home without active speakers like the Dynaudio Focus XDs that reside in my living room. Since joining SoundStage!, I’ve reviewed several speakers with built-in amplifiers, both active and powered models, most recently Elac’s new Navis ARB-51 active speakers.

Most of the speakers I’ve reviewed, including the DALI Callisto 2 C, the Aurender S5W, the Kii Audio Three, and the KEF LSX, are all-digital designs, with crossovers based on digital signal processing (DSP). Elac’s Navis series is unusual in having an analog crossover and BASH amplifiers for the woofer and midrange. Totem Acoustic’s Kin Plays are powered speakers, with a two-channel class-D amplifier powering two speakers with conventional passive crossovers.

Clearly, designers of active and powered speakers face many decisions in addition to those faced by designers of passive speakers. For a given application, is a powered speaker with one amplifier per channel best, or would a multi-amplifier active system work better? What sort of crossover should be used? If the crossover is implemented digitally, what other functions can DSP provide? What amplifier topology should be used?

Hence, this series. I wanted to talk to designers about their approaches to powered and active speakers, and how they see the futures of these categories. Originally, my plan was to present their comments in a single feature, but my first three interviewees had so many interesting insights that we’ve decided to present them as three separate interviews.

First up is Andrew Jones, Elac’s vice president of engineering, talking about the Navis series. On deck are Jack Oclee-Brown, head of acoustics for KEF, and Andrew Welker, manager of R&D for Axiom Audio. Watch for their interviews in coming months.

Andrew Jones joined Elac in 2015, after a stint at Pioneer, where he designed budget-priced speakers sold under the Pioneer brand, as well as no-holds-barred models sold under Pioneer’s prestige brand, TAD. Before that, Jones worked for KEF and Infinity. During his four years at Elac, Jones has created a multitude of speakers acclaimed for their performance and value. The Navis models are the first active speakers Jones has designed for Elac.

Gordon Brockhouse: How did the Navis series come about?

Andrew Jones: We talked about doing a powered version of our UniFi speakers in 2017 at Munich’s High End. Instead, we decided to build a whole new product. We wanted Navis speakers to fit the modern idea of a wireless powered product, so they have a built-in wireless receiver, with its own DAC, that connects to our Discovery Connect wireless transmitter.

If you want purity, connect the speakers’ analog inputs to your preamp. But if you want convenience, you’ve got wireless. Rather than Wi-Fi, we use a proprietary wireless transmission path we call AirX2. With Wi-Fi, we can’t synchronize left and right very easily. You have to do a lot of buffering.

We don’t broadcast hi-rez wirelessly. We stay with 16-bit/44.1kHz, because the higher the bandwidth you send over wireless, the less robust the connectivity is. The Discovery Connect will downconvert hi-rez files to 16/44.1 for wireless transmission. It has three channels, for the left and right speakers plus a subwoofer. All our new subwoofer designs have matching wireless capability.

The Discovery Connect is a Roon endpoint, and an endpoint for our Discovery music server. It also supports Spotify Connect, Bluetooth, AirPlay, and DLNA. With DLNA, you can run JRiver [Media Center] on a laptop, and [it] shows up as an endpoint. People who want simplicity can put the Discovery Connect in a closet and control everything with their phone or tablet.

GB: I’ve always been a big believer in active speakers, but they haven’t been well accepted by audiophiles. How are the Navises being accepted?

AJ: They’ve been shipping for a couple of months, and have received great commentary. I showed them at a few dealer events last year, and these went really well. There were a lot of die-hard audiophiles at these events, and I expected to hear comments like, “I want to be able to choose my components.” Instead, we had people telling us, “I’m at the point where I’m looking to simplify. We have a lot of boxes cluttering up the house. I want good sound quality, but I want it in a simpler format.”

The fear with active and powered speakers is that you’re losing some choice in how you put your system together. But it seems we’re getting past that point. In the past, when we talked about active speakers, people would ask, “What do you know about amplifiers? Why should I trust that you’ll use a good amplifier?”

I came up with a way of addressing this question. When people listen to one of my Debut speakers, they don’t ask, “I wonder what this would sound like if you used this SEAS tweeter or that Vifa woofer.” They just accept the choices I’ve made. In an active speaker, I’ve gone one step further in adding another component. But now I have all the benefits of an active design. So [they] just accept them. With passive speakers plus a single amplifier, I couldn’t have achieved that performance at that price.

Each amplifier is matched to the driver, and only has to operate over a limited frequency range. It’s operating into a simpler impedance, so it’s not going to have high-current demands. Also, the temporal characteristics of music change with frequency. High frequencies require very little average power, but have a lot of peaks. Bass requires much higher average power, but has far fewer peaks. You can match the amplifier to those characteristics as well. 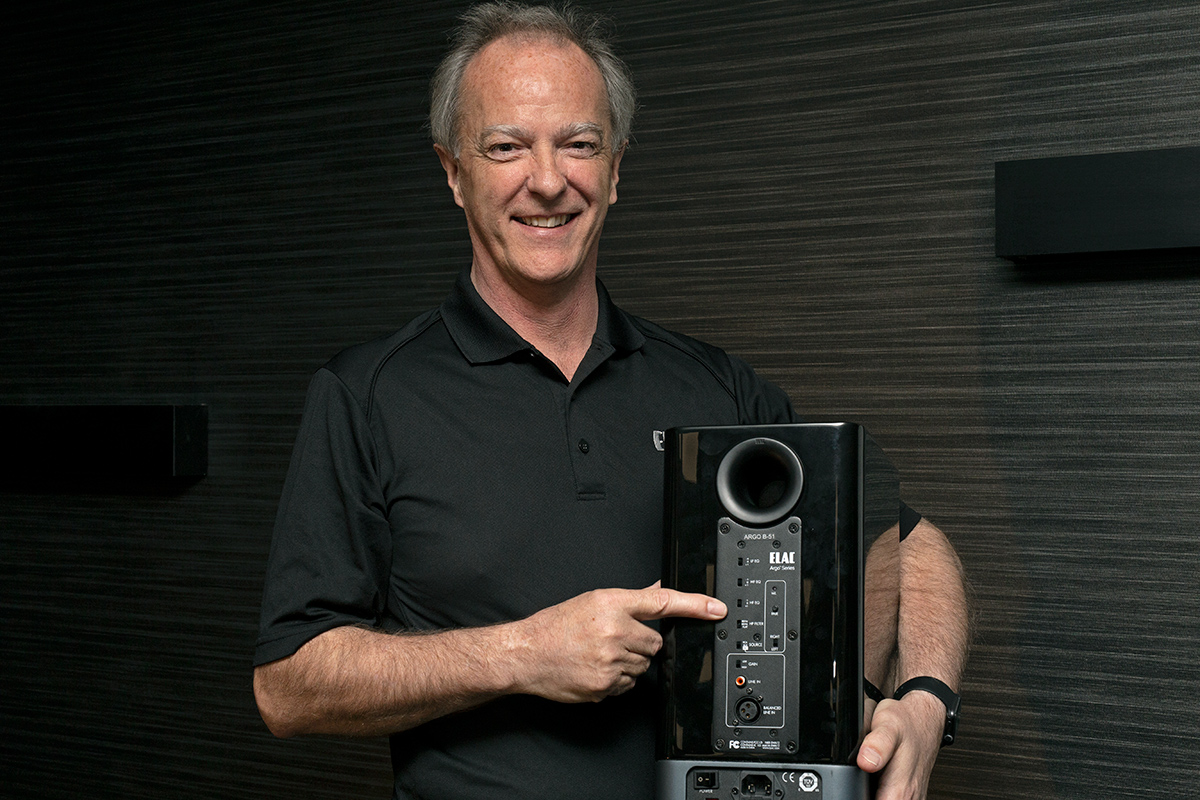 GB: Your Navis speakers have analog rather than DSP crossovers. Why did you go that route?

AJ: That is kind of old school, but I didn’t do it specifically to attract old-school audiophiles. The reason is more practical.

With many active designs for the hi-fi market, everything is packaged into the product: amplification, DSP, analog-to-digital conversion (for the analog input), wireless networking, and all the DACs. You’ve got ultimate simplicity, but you’ve limited the baseline sound quality from the system. That’s a valid approach for many new listeners. They don’t want complication. They just want something that works.

That’s a step too far for some traditional audiophiles. I wanted to give the Navis speakers useful simplicity, but also useful upgradability. If you improve your preamp, DAC, or turntable, you improve the sound -- as long as the electronics embedded inside the speaker are sufficient to show upstream improvements.

GB: What are the trade-offs involved in using an analog rather than a DSP crossover?

DSP is very versatile as a development tool. If I want to make a change to an analog crossover, I have to solder in new components. With DSP, I can push a few buttons, load in a new crossover profile, and a minute later, I can listen to it. In production, there are no tolerance issues with DSP the way there are with the parts in an analog crossover. With DSP, the crossover shape will be identical on every unit.

I can provide a lot more equalization with a DSP, with very little degradation. With analog, every time I want to add another filter section, the signal has to go through another op-amp stage. But if I need that complexity of filtering and EQ correction, aren’t I doing something wrong?

GB: You can also use DSP for boundary compensation. Many brands do that -- KEF, Dynaudio, and Kii, to name three that I’ve experienced.

AJ: I’ve provided some of that in the Navis. A little bit of room EQ can help, but it’s not fixing the problem. It’s just masking some of the issues. With boundary compensation, if you measure the response directly on axis, you get one result. If you go off to the side, the response is different. The best you can do is a power average, and a power average is a very simple system. Do you need the complexity of DSP to achieve that? Not necessarily. Just because I can do some things doesn’t mean I should be doing them.

GB: Elac’s Navis speakers are also unusual in using BASH amplifiers for the low and mid frequencies, and class-AB for the highs, rather than class-D. 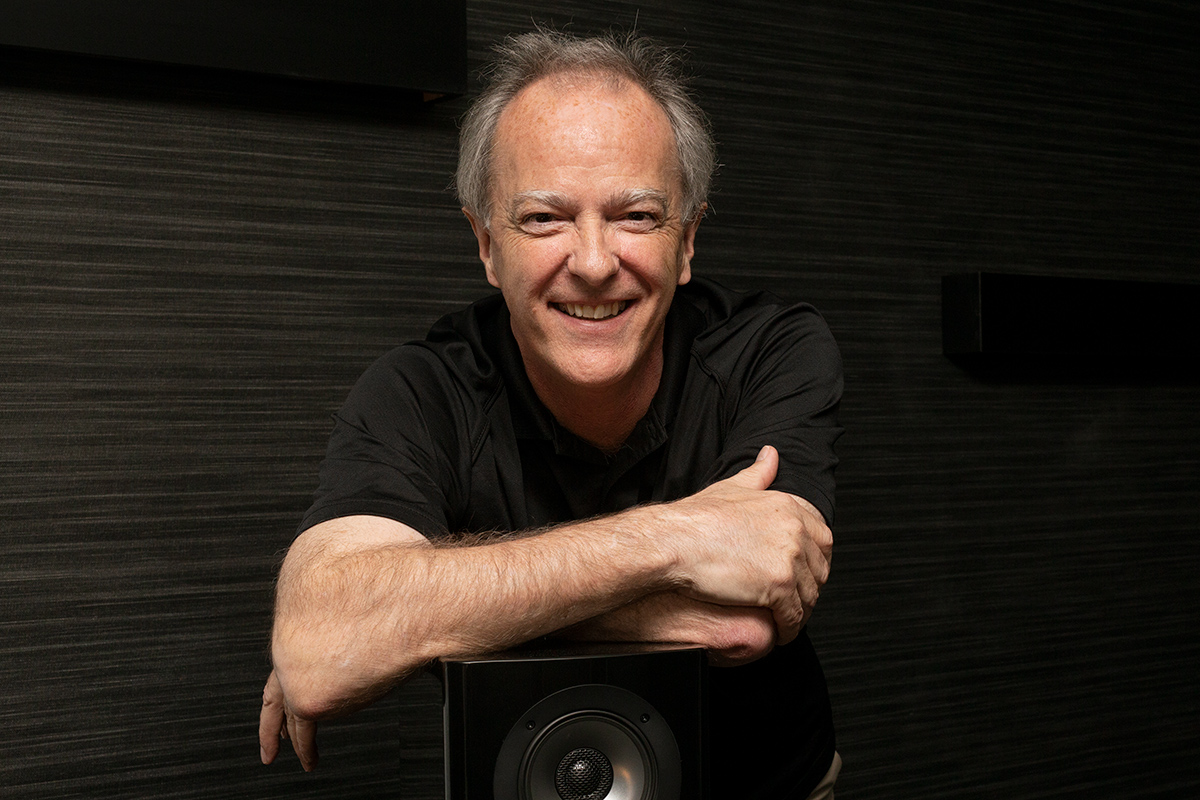 AJ: We’re already using BASH amplifiers in our subwoofers. If we have that technology available to us, why would we buy someone else’s class-D modules? This gives us a market differentiator, and keeps all of the technology in-house.

Best-case efficiency -- a full-output sinewave at one frequency -- is 95% for class-D, compared to 65% for class-AB and 50% for class-A. A class-D amplifier will dissipate only about 5% of its power as heat. Class A is potentially ten times higher. Of course, practical efficiency -- with a dynamic signal like a piece of music -- is different.

Maximum efficiency of our BASH amplifiers is 85 to 90%, so it’s never going to be as good as class-D. But it’s sufficiently better than everything else that, in practical terms, you can get away with packaging a lot of power into a small space.

We decided to use class-AB amplification partly because we’re appealing to audiophiles who might be prejudiced against class-D. When well-designed class-D amplifiers deliver phenomenal sound quality, can you say outright [that] their sound character is different from [that of] a pure class-A or class-AB amplifier? Maybe you can. But would you notice it if you can’t do a direct comparison, because the amplifier is built into the speaker?

But what about the modules that are typically incorporated into powered speakers? Is a cheap class-D amplifier as good as a cheap class-AB amplifier? Why do we need to worry about that when we already have our own technology? This was partly an engineering decision and partly a commercial decision, because we’re in control of the technology -- but it’s also a good market differentiator.

GB: Do you foresee adding other active speakers to the Elac line?

AJ: Unofficially, the answer is “yes.” This was our test. We’ll look at all the categories of active and powered speakers. Companies like Audioengine and Klipsch have really attacked the market with nice, simple solutions that take a regular passive speaker, put an amplifier in one side, and connect to the other channel with a speaker cable. Is that a category we could look at? And now that [Audio Alchemy founder] Peter Madnick is on board, what could we do in the high end? These projects all depend on engineering resources, market penetration, and where we slot them in with the other products we’re developing. But I certainly want to continue with this.